With Switch versions of Resident Evil 0, 1, and 4 coming out on May 21st, we will be diving into some tips for the players that are just picking these up now. Resident Evil 4 is one of my favorite games of all time, blending tense combat and a creepy story together with a new over the shoulder perspective made this game one of the greats. Let’s dive into the nitty and gritty of Resident Evil 4.

Having so many weapons shoved in your face can be a little overwhelming. When playing, take some extra time and get to know the feel of each gun and figure out the ones you would like to use. The 3 guns that are necessary, especially if you want to get into speed running, are the Striker, TMP, and the Rocket Launcher. The Striker is mainly used for the Ditman glitch. If you equip the Striker and aim the weapon, but pause the game before the laser shows up, Leon will now move at 1.5X speed. This also means you knife and climb ladders at 1.5X speed as well. The TMP is what you trade out your handgun for. The TMP is perfect for breaking crates quickly and stunning enemies. Lastly, the Rocket Launcher is used for every boss in the game. You always want to buy one and have it because it kills each boss in one rocket. Using Rockets shortens the game by a huge margin by letting you bypass most lengthy boss fights. Also, having a Grenade or Egg equipped makes you move slightly faster, so if you don’t want to use glitches, always have one handy. The last tip for weapons, never ever ever ever buy the Blacktail. Only villains do that.

Upgrading weapons is one of the main features of Resident Evil 4. Always make sure you upgrade your weapons completely. The last exclusive upgrade for each gun makes them a powerful killing tool (except the Blacktail, that’s always garbage). Sinking money into weapons can get costly so I do suggest focusing on a single weapon till you get it to where you want it to be. Also while using the Red9, TMP, Mine Thrower, or the rifles, you can purchase optional attachments that act as additional upgrades for them. This is in the form of scopes or stocks. Always do this because the scopes added much-needed zoom to the rifles, and the stocks elevate the Red9 and TMP to godlike weapons for the late game of Resident Evil 4.

Playing this like any other Resident Evil game will not cut it. You still have your 180 degrees quick turn, however, if you tilt the stick to look to one side and then aim you can perform 90 degree quick turns. This helps a lot running around corners and tight hallways. Also, get used to relying on the default position of your laser sight. Doing a quick shot but shooting right as the laser sight appears will allow you to dispatch these very quickly and easily. Also, abuse the physical attacks you can perform after stunning an enemy. Doing these makes you invulnerable for there duration. Performing one of these in a crowd also will hit multiple enemies, so use them to clear a group quickly.

Resident Evil 4 comes to the Switch on May 21st. It is on every major console since its release, and for good reason. This game is amazing through and through. I may be a little biased with Leon being my favorite Resident Evil character. However, it’s a great game even if you don’t play classic Resident Evil. Hopefully, this will help you on your new portable journey, and remember, the Blacktail is worse than Umbrella Corps multiplayer… 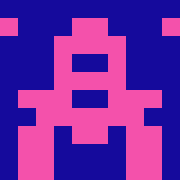